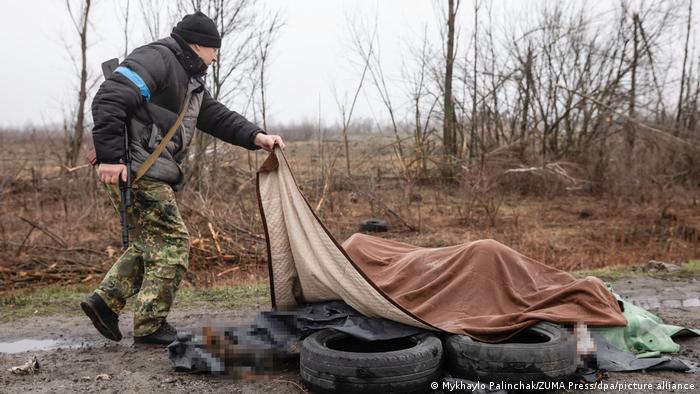 (CNN)Never again, the phrase often uttered after crimes against humanity, in practice, almost never means never again.Sickening scenes of mass graves and murdered civilians in Ukraine this weekend, revealed by the pullback of Russian troops from Kyiv, are jolting the world back to some of humanity’s cruelest outrages.On Sunday, a CNN team saw at least a dozen dead in body bags piled in a mass grave in the town of Bucha, northwest of the capital. Residents said around 150 people are buried there, while the mayor had said in public remarks a day earlier there could be up to 300 victims buried there. CNN was unable to independently verify those numbers or the identities and nationalities of those buried in the grave.

The devastating scenes followed the emergence of images captured by Agence France-Presse in the same town showing bodies of at least 20 civilian men lined in a single street. Some were face down. Others collapsed on their backs, mouths open in horror. One man’s hands were tied behind his back. Another lay alone, next to his bicycle on a grassy bank. Russia — facing a cacophony of global revulsion — characteristically accused Ukraine of faking the horrible scenes. CNN has not been able to independently confirm the details around the men’s deaths.

Perhaps there’s a slim chance that such horrific footage will come to be emblematic of a turning point in the war by catalyzing more robust Western action and a new diplomatic commitment that could turn the tide of the conflict further against Russia.But the only conceivable way that Ukrainian civilians could be made safe is if Western forces intervene in the conflict or Russian President Vladimir Putin suddenly calls off his onslaught. Neither is likely to happen — not least because the West has imposed limits on its own action to avoid a direct conflict with nuclear-armed Moscow. And the Russian leader has always seen the lives of civilians in his way as cheap.

Still, the evidence of atrocities underscores a tragic realization that such evil is not simply the historic legacy of long-past wars. It will force leaders and citizens to ask — or suppress — the same moral dilemma previous generations faced mostly in retrospect: why was more not done to save innocents from such horror?

The world should not be shocked

The lifeless bodies of civilians, apparently killed execution-style, littering the streets of Bucha brought shocked tweets and comments from world leaders. But the terrible scenes should not shock anyone familiar with Putin’s brutal tactics and the reality of a callous land war.Instead, they are the almost inevitable result of a vicious and illegal invasion of a sovereign nation, a backlash from a battered Russian army that didn’t expect much of a fight, and the Kremlin’s fearsome doctrines that rained carnage on Chechnya and Syria, as a 1940s way of total war plays out 20 years into the 21st century.They spring from the same cruel impulses as the bombardment of cities and hospitals, apartment blocks and air raid shelters by Russian forces in an operation that looks, to most of world, like an attempt to wipe Ukraine off the map.A week ago, Washington was in uproar over President Joe Biden saying that Putin’s apparent atrocities meant he was a “butcher” who shouldn’t remain in power. Now his supposed gaffe seems less a verbal slip about regime change, which the US says it will not initiate, than a prescient moral judgment.

Zelensky calls for ‘such evil’ to be eradicated

Ukrainian President Volodymyr Zelensky issued his latest, most searing call for more action to save his people after the horror in Bucha transfixed the world.”The world has already seen many war crimes. At different times. On different continents. But it is time to do everything possible to make the war crimes of the Russian military the last manifestation of such evil on earth,” he said.Zelensky’s poignant statement in a video address was a variation on the familiar refrain — after atrocities from Syria to Cambodia, and Rwanda to Bosnia over the last 50 years, and dating further back to the Nazi Holocaust — that such inhumanity must never be allowed free reign again.Yet this conflict in Ukraine is susceptible to the same caveats and restrictions on global action to protect civilians from tyrants as many others — including China’s current repression of the Uyghur Muslims or Myanmar’s recent genocide against the Rohingya.The West simply lacks the political will, the all-out military commitment, the international legal mandate — or an acceptance of the geopolitical consequences that would follow — to undertake interventions to prevent widespread war crimes.

‘We can’t become numb to this’: Blinken condemns Ukraine atrocities 01:24The most pressing question now is whether the individual tragedies of civilians being ruthlessly killed in Ukraine will do anything to mitigate the wider tragedy of the conflict that indirectly led to their deaths.The people of Ukraine have been left open to such reprisals since Biden and other Western leaders have decided that direct, military intervention in the conflict — including the establishment of no-fly zones over non-NATO-member Ukraine — could trigger a hot war with Russia, which would risk a nuclear escalation that would threaten all humanity.In the long term, such evaluations may well be prudent. An elected leader’s first duty is the safety and security of their own people.Putin clearly understands the West’s dilemma. His nuclear saber rattling at the start of the invasion, for example, triggered widespread alarm in the West and speculation about the mental and emotional state of the man with his finger on Russia’s nuclear button.While the US has provided huge hauls of anti-tank and anti-aircraft missiles to Ukraine, concern about encroaching over an invisible red line and provoking Putin caused Biden and other NATO leaders to thwart a plan by Poland to send Soviet-era jets to help Zelensky’s pilots establish dominance of the skies.The next few days will determine whether the horror of the weekend will lead Biden to edge closer to that line. Before news of the atrocities in Bucha broke, sources told CNN’s Jim Sciutto and Kaitlan Collins that the US was ready to facilitate the transfer of Soviet-era T-72 tanks to Ukraine.

The immediate practical impact of the terrible footage from Bucha was to trigger dismay and condemnation from Western governments, demands for war crimes investigations and promises for even tougher sanctions against the Putin regime. It’s possible the descent into even deeper horror in Ukraine this weekend could initiate some formal war crimes investigation. But the UN tribunal in the Hague does not conduct trials in absentia. So justice could be years away at best. And while there is value to investigating and documenting war crimes and for holding those lower in the chain of command responsible, it’s hard to see any circumstances in the near future in which Russia would hand Putin over. Any United Nations action would surely face a veto in the Security Council by Russia. Another of the permanent five members of the council, China, would also likely see any such investigations as potentially threatening given its own poor human rights record.

Everything you need to know about war crimes and how Putin could be prosecutedThat limited possibility for accountability means the West could reach for its most familiar tool — more sanctions against Russia, the people around Putin and the Russian leader himself. The alleged atrocities in Ukraine will also certainly lead to more demands for Western leaders to send more lethal aid to the government in Kyiv. It’s even harder to see Russia being allowed back into regular diplomatic activity with Western leaders, at least while Putin is in power.But despite the potency of Western anti-tank and anti-aircraft missiles, the debilitating costs being imposed on the Russian economy and the pariah status now stigmatizing Russia, there’s little evidence that Putin will be influenced to let up on civilians. It’s just never been part of his character in more than 20 years of strongman rule.And while Russian forces appear to be regrouping away from Kyiv — a factor in discovering the atrocities they apparently left behind — Putin is giving every indication of digging in for a long war cemented on eastern Ukraine.So outrage is, for now, the dominant Western reaction.British Prime Minister Boris Johnson called the attacks against innocent civilians “despicable” and promised justice through the International Criminal Court. Speaking to CNN’s “State of the Union,” US Secretary of State Antony Blinken on Sunday said images of dead civilians were “a punch to the gut” and promised the US would document war crimes by Russia and seek accountability. Spanish Prime Minister Pedro Sánchez expressed “horror, pain and outrage.” Italian Prime Minister Mario Draghi said the images left him “astonished.”No doubt the expressions of disgust were sincere. But at times like these, world leaders often seem caught up in contests over who can register the most horror in a process of rhetorical inflation that hides the real questions at stake.

Johnson, for instance, warned that “no denial or disinformation from the Kremlin can hide what we all know to be the truth — Putin is desperate, his invasion is failing, and Ukraine’s resolve has never been stronger.”But nothing that Johnson said is likely to change the Russian leader’s ruthless approach and willingness to inflict the most brutal pain on civilians. The lessons of history and the strategic limitations of the West furthermore mean it’s almost certain the horrific scenes uncovered in Bucha this weekend are far from the last, or the worst, crimes against humanity of this vicious war. 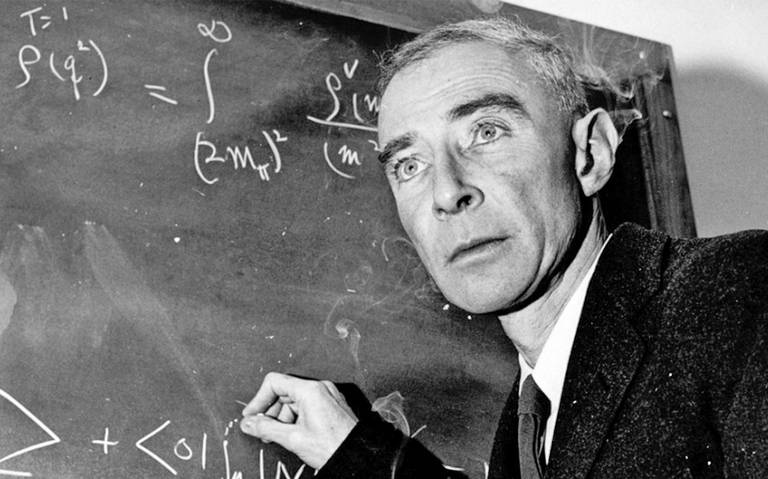 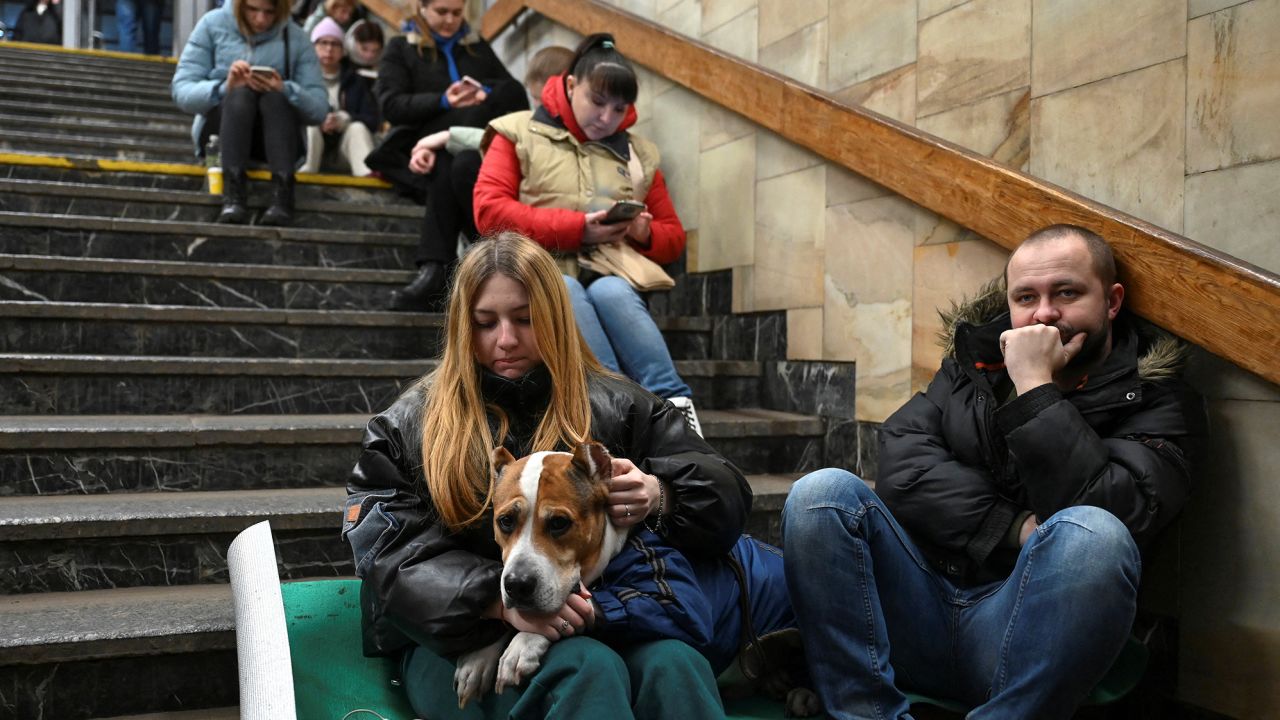 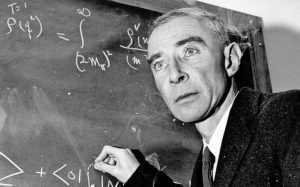